Since we released The Master of the Earth a couple of weeks ago, I've spent a lot of time thinking about how far the album has come in the time we've spent working on it. And because we're all huge nerds with a firm belief in documentation and version control, we have fairly well-organized archives of the various versions of these songs. So I thought it might be fun to explore one of them in a blog post. So without further ado, I present to you the evolution of our song, "Mouse Trap".

But first, I'll need to take you back a bit. This album really started when we wrote the song "Easier". We wrote most of the lyrics to that song, and we each became attached to the idea of a main character who grows up with a power he can't control, and the story of his life. At that point, we decided that this was going to be a concept album, and that all or most of the songs would be from that person (lovingly dubbed Gary)'s point of view. And frankly, I find it much easier to write lyrics for a bunch of songs against a central theme, because I'm not enough of a poet to write songs about real life while keeping a straight face, so this worked out great for me!

Now that we had a concept for our album, it was time to write more songs. We were playing once a week at that time, usually in mine or Jeff's apartment. We're good neighbors, so most of the time we played acoustic instruments. We'd get together, make some drinks, and the (G|J)e(o)ffs would take turns playing any new riffs they had been working on to the rest of the group. If we heard something we liked, we'd have him continue playing while the rest of us attempted to jam out parts of our own on top of it (protip: This is how ~ 90% of our songs are written). So on June 6th of 2016, we got together at Jeff's place and he brought to the table a chord progression that he had been working on:

You can hear in the first recording how Geoff took that line and built his own part around it. He starts by figuring out the chord progression, develops a sweet finger-picked tone that follows the progression, but adds a lot of character to it. By the end of a minute and a half, he's almost put together what would end up being our final verse. You can also hear me attempting to come up with a vocal melody on-the-fly. This tends to work better when the guitar parts are fully fleshed-out, but sometimes I'll get brave and jump in on the first round. Lyrics at this stage are usually ad-libbed and rarely make it into the final version.

In the second recording, you can still hear the guys working through their parts, but with much more confidence. A week later, we got back together and played through it a couple more times. I started ad-libbing lyrics from the boy's mother to the boy about how special he was. Jeff thereby dubbed it "The mom song":

Weeks passed. We wrote a couple of other songs in the interim, and a few jam sessions later, I had finally written lyrics for "The Mom Song". Even at that time, I didn't really like the lyrics I had written. I felt they took a really good song, and turned it into a cheap knock-off of "Simple Man" by Skynyrd. Apologies for the poor quality. When we forget to bring recorders, we record on our phones... Anyway, here's our first shot at playing with the vocal melody and lyrics.

A month later, we put the first version into Garage Band, where we would each be able to work on our own parts separately from home and upload to a shared drive. For this cut, Goss traded in his acoustic for an Electric, and started zeroing in on how he wanted the ending to work out:

Goss got married in October, so we had a busy couple of months where we weren't working on music too much, but everyone pushed their own parts into the shared file, and in November, we were able to get a rough cut of this song produced with a drum track and some clap-percussion reminiscent of something my Mumford and Sons :-P. These still exist in the final cut, but they're much less prominent:

When I heard this version, it became clear to me that I really didn't like the vocal melody or the lyrics at all. It sucks when you have to go back to the drawing board on a part, especially when the song in question seems like it's nearing completion. Fortunately, the guys agreed with me and Starker even had some different ideas about how the vocal melody could go. He and I sat in a bar after work one evening and he helped me nail the new melody. Then I started <a href = https://www.dropbox.com/s/8jv9dww68p970gl/Mouse%20Trap%20Notebook.jpg?dl=0> writing new lyrics in my notebook while he played a board game with our friends (shoutout to Will K and Niklos!). By this point, most of The Master of the Earth was written, so I had a lot better idea of how I wanted this song to fit into the narrative. We already knew that track two was about the kid feeling like an outsider. And track 4 was about him losing control of his power... So it seemed natural that track 3 would be about his self-discovery. So I wrote lyrics about the kid being left by himself and encountering a small creature, which inexplicably did as he willed it to. We gave this new incarnation of the song the title "Mouse Trap" because of the somewhat-dark turn of events with which the song concludes. We already had the garageband file ready to go, so we deleted my old vocal track and laid a fresh one in, and this is how it sounded:

As you can tell, this version was more or less what we ended up shipping. I punched in later to take care of a couple of vocal flubs, and Goss spent a LOT of time working on the compression, bringing all of the levels in-sync with one another, and bouncing the track repeatedly through LANDR for mastering until eventually in early July, we had our final version:

When this album started coming together, "A Mother's Assurance" was easily my least-favorite song. The music was beautiful, but I could not get past how much I disliked my parts. Taking the time to go back and re-do the vocals and lyrics not only improved the quality of the album as a whole by better defining the narrative - It also taught me that while we may never achieve "perfection" in our artistic endeavors, we should never settle for work that we're not proud of.

Anyway, I had a lot of fun writing this deep dive, and listening through all of the history of "Mouse Trap"! This was an interesting first choice to me, because it went through a full lyrical overhaul, but some of our other songs have a much more rich history insofar as their instrumental parts go, so I'll try to tackle one of those next. Thanks for reading! Have an awesome day. 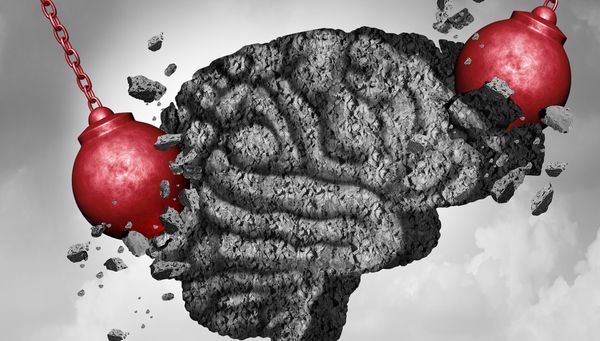 We are pleased to announce that we have released our new single: Rhythm in my Head. This is our first song to utilize our new studio and to incorporate our

The album is available to listen to via: Apple Music Spotify Google Play Hello friends! We are happy to announce that we just released our first album "The Master of the Earth". It's been almost a year since we first started recording