So the band got together on Saturday at Goss' place and spent about 5 hours in his "office" (a spare bedroom containing more equipment than you can shake a stick at) recording demos of songs from the new album. We've been working on this album for the better part of 3 months now, and it's coming together pretty solidly. At it's core, this album (tentatively coined "The Master of the Earth Saga") follows a protagonist named Gary who is born with abilities that set him apart from other children. The story that unfolds focuses on his journey, and how he decides to use those abilities.

While the demos we recorded on Saturday are super-rough (a couple of the songs just got a single run-through) and will definitely undergo major changes between now and their completion, we thought it would be cool to document our iterative progress here on our site. So in that spirit of transparency, here's what we've got so far. Enjoy!

Master of the Earth Saga 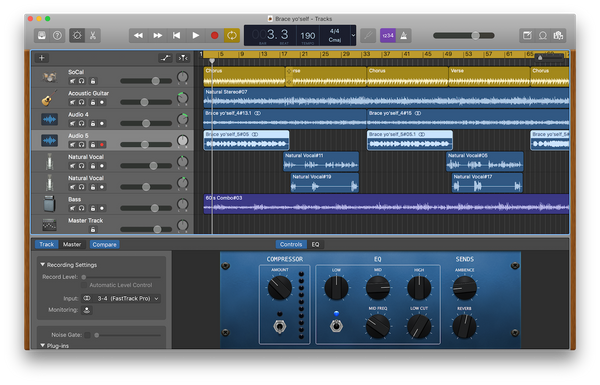 I've been writing, recording and putting music out into the world for nearly 30 years at this point, and with the Champion of Tribe project the work flow for this

Welcome to our band Champion of Tribes' website. We are a genre-bending band from San Francisco. We love making music and hanging out with each other that we wanted a place to share that with you. We hope that this site will be active