I've been writing, recording and putting music out into the world for nearly 30 years at this point, and with the Champion of Tribe project the work flow for this process has never been easier, thanks to a ton of new technology out there!

When we as a group decided to start working on writing and recording our new album, tentatively called The Master of the Earth Saga we were without a drummer or a rehearsal studio to work on the songs. So we did what musicians have been doing for ages, we jammed in each other's living rooms with acoustic guitars. One of the first pieces of technology that helped with the writing process is my 'handy' Zoom H2N. This has allowed us to easily demo songs while we perform and write in the room, and then upload to a file sharing service (we use Dropbox), and then later easily listen to the track and make notes/changes/work on lyrics/etc. Most, if not all, of this album was written in Jeff and Colby's houses on two acoustic guitars (some times an electric bass) and with Colby improvising lyrics.

Once we had a pretty good idea of the album's concept, which we'll post about at a later date, and had written a fair amount of songs, it was time to start putting them down. Again the issue of no drummer or space reared it's head. But! Technology to the rescue! We started experimenting with using some of the newer cool features of GarageBand, and used the built in amp modeling and effects. GarageBand allowed us to do a few things. We could record easily and directly into the mac using a Digital Audio Interface (I have a few of them). We could also use the auto-drummer that comes with GarageBand. After some fiddling with it some, we were actually able to get some solid drum sounds and beats.

The last part which is going to allow us to go from rough demos, to polished masterpieces is some new technology around music production: Cloud Sharing. A new service call Splice has allowed us to record on one computer, upload the GarageBand file (with version history!) and then download the file on another computer and keep recording. In this way we can work on perfecting our guitar, bass, and vocals in our own homes, and on our own time, without boring the hell out of the rest of the band while I try to get that killer lick correct.

With all these tools, we're able to seamlessly write, develop, record, and eventually publish (via this very blog!) our new album! 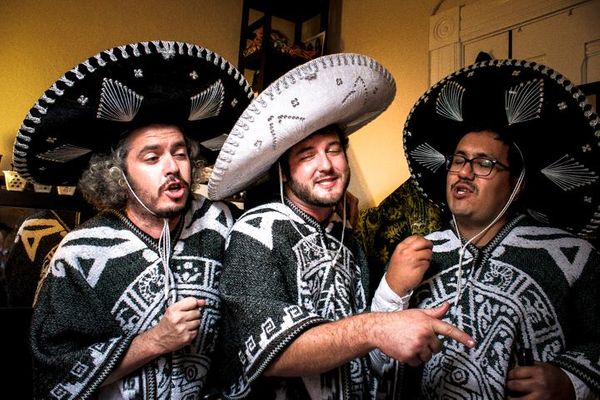 Here's a Demo Update. These are the latest (VERY ROUGH) mixes of most of the new album. There's still one track we need to record, and there are most likely 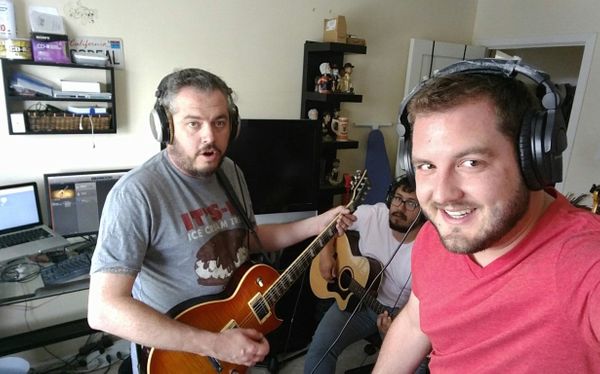 Hey there! So the band got together on Saturday at Goss' place and spent about 5 hours in his "office" (a spare bedroom containing more equipment than you