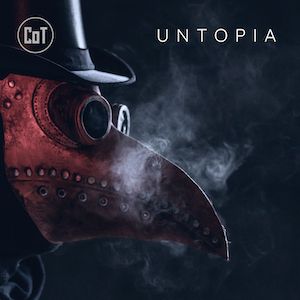 A slight departure from our previous works, astute listeners may notice that Untopia is NOT a concept album - there is no cohesive story to be picked up on here, just a collection of kickass songs written and recorded from the comfort of the couch in our skivvies.